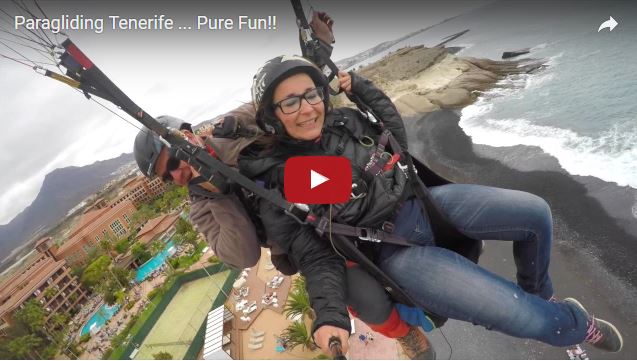 As you probably already know, especially if you’ve stayed at Pearly Grey before, Tenerife is the ideal destination if you want to get away from the stresses of back home. You can come here and completely switch off and disconnect if you want to (although of course we do have wifi in the resort). It’s your holiday, so the choice of how you decide to take it is entirely yours. We have a beautiful pool for swimming and plenty of deck chairs for sunbathing, a restaurant with delicious food and drink, and gorgeous views across the Atlantic Ocean to La Gomera from our chill out bar, The Edge.

Pearly Grey is also ideally situated with a local beach in Callao Salvaje and other beaches and attractions within easy driving distance or easily accessible by bus. Of course, not everyone wants to spend the week by the pool or at the beach, as enticing as that is. Like we said, it’s your holiday and there are many other things to do in Tenerife besides sun, sand and sea. To balance out all of the relaxation, many of you are probably looking for something a bit more energetic that offers an adrenaline rush. We have the perfect option for you: paragliding!

If you have ever wondered what it must feel like to be a bird high up in the sky, gazing down at the landscape below as you soar majestically through the air, then you will absolutely love paragliding. As far as we are concerned this is as close as you’ll get to feeling like a bird without actually having your own wings! Recently some of our team here at Pearly Grey took up the challenge to overcome their fear of heights and go paragliding with Tenerife Paragliding and absolutely loved it!

We’re not going to deny, we were all feeling a little nervous (some more than others), as this was the first time any of us had tried paragliding before. Some of us had been parasailing, but this was a whole different level, because instead of being attached to a boat and flying above water, we were set to be flying high above the land. Luckily we were in completely safe hands though as each one of us flew with a professional paragliding pilot, who all had many years of experience. In fact one of the pilots Daniel Crespo, has been paragliding for over twenty years including competing in many competitions, and has even been the champion of Spain!

Tenerife Paragliding is an excellent company and highly professional. Their number one concern, is their client’s safety. If the conditions are not exactly right, then they will not risk taking you up paragliding, because of course this excursion relies on the right amount of wind. If the speed or direction is not quite right, then they will simply reschedule your flight for another day in order to give you the safest and most enjoyable experience possible.

The company driver arrived promptly at Pearly Grey reception to pick us up and we were driven to a meeting point to meet our pilots who were all really friendly and funny. It was obvious that there was a great team spirit and they all love their jobs. They are being paid to do something they enjoy every single day which is something most people only dream of. Afterwards the company vans drove us high up into the hills of Tenerife to the spot where we would be taking off from. Up there, the air is distinctly colder and there were many pine trees around. If you have never been to this area of Tenerife before, you will feel like you’re on a different island!

From there the views were incredible out across the Tenerife landscape with its amazing gorges and ravines, golf courses, hotels and beaches, and the beautiful blue Atlantic Ocean in the distance! At this point, we all knew there was no backing out and it suddenly felt completely real. Not long until we would be soaring into the sky, so we prepared ourselves for an exhilarating ride! After arriving our pilots were selected for us and they set everything up, strapping us into the harness attached to the wing. We were given clear instructions on how to take off and what to expect from the flight and also given a GoPro on a selfie stick to film our flight.

One by one we were lead to the ‘runway’ area with our pilot strapped to us at the back and our paraglider wing attached behind. From there once they had deemed the wind conditions were correct, they direct you to go and you literally have to forget your nerves and run towards the edge! You’ll suddenly experience the incredible and surreal feeling of taking off. The next thing you know you’re soaring up into the sky, as high the birds.

You might not believe it before you take off, but once you are up in the sky you can totally relax as you sit suspended in the harness. Your pilot does all the work steering while you can enjoy the beautiful views and even take photos and video!

From high up above, buildings, cars and people look miniature, like little toys; it really is spectacular and almost certainly like nothing else you have ever tried! It is definitely an adrenaline rush being up that high with the wind in your hair and nothing but an oversized kite keeping you in the air, but it’s not nearly as scary as you might think. In fact you can almost totally relax as your pilot safely navigates you both down towards your landing spot on a beach.

Landing is also awesome as you get closer and closer to the ground and head over the top of hotels.

You can look straight down and see people lounging by the pool or eating their meals. Then you head out over the beach and towards the ocean, circle round a couple of times before heading straight over a beach bar and landing on the sand. After our landing we all had a quick drink and celebrated sharing such an incredible experience together!

So if you are looking for something incredibly memorable and out of the ordinary during your next trip to Tenerife then you should definitely book a Paragliding flight with the brilliant Tenerife Paragliding! Don’t worry if you have a little (or even a lot) of nerves, you’ll feel amazing afterwards. Lounging by the pool is great, but if you want to feel really alive and buzzing with energy then you will absolutely love paragliding in Tenerife. This is a once in a lifetime experience to amaze all your friends and family back home with! Contact the company directly or speak to one of our reception team who can arrange a flight for you.