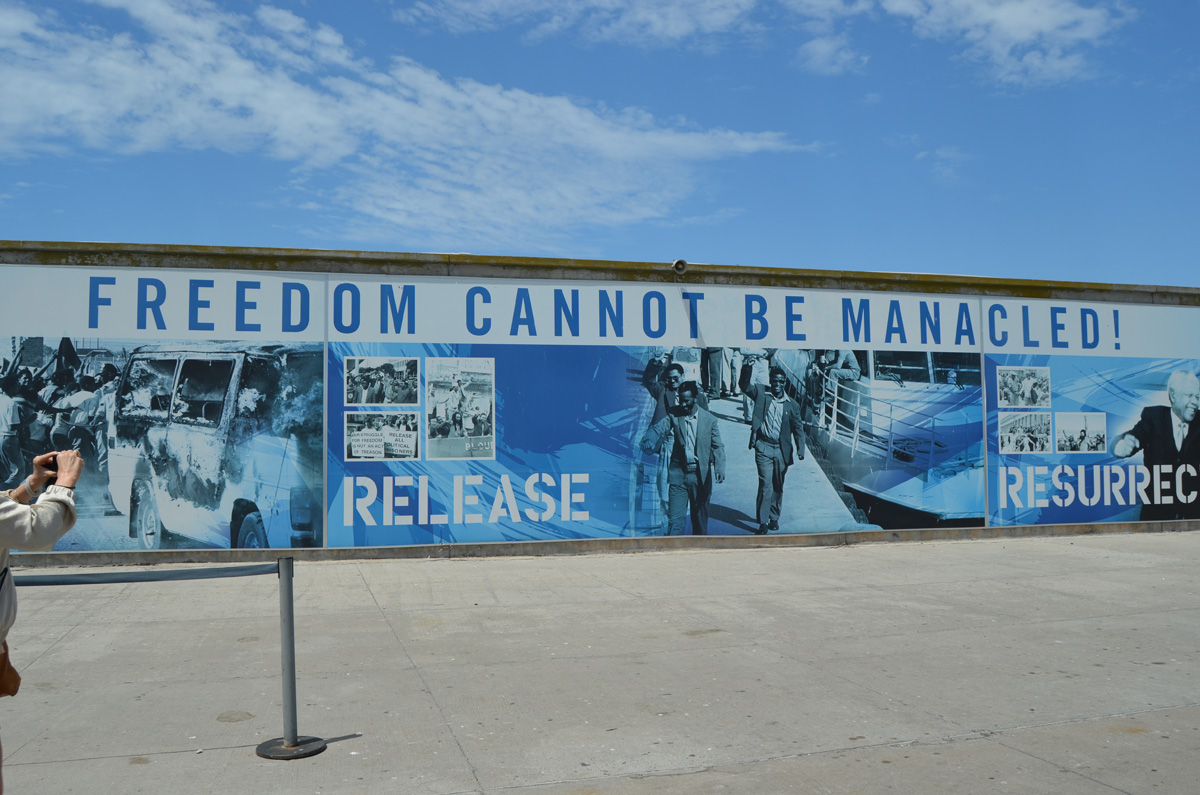 On day 3 we are woken by Gemma’s alarm going off at 3am to get her up and ready for her shark dive.

Ana, Mariana and I had plumped to swerve the sharks and instead visit the historic Robben Island which we could see from our resort, The Peninsular, an RCI resort which I would recommend to anyone going to Cape Town.
We had pre-booked our tickets as it is a very popular excursion, so we jumped in the shuttle bus to the V&A Waterfront to catch our ferry.  The waterfront is a truly cosmopolitan area of a Cape Town with an array of restaurants and shops overlooking the ocean.

After a short journey with spectacular views looking back at Cape Town and the famous table mountain we arrived.  A bleak and stark landscape greeted us and friendly guides split us into groups to be escorted through the prison that held the former president Nelson Mandela for 27 years.  It was a humbling feeling walking with our guide who had been a fellow inmate and supporter of Mandela.
He explained how harsh the conditions were for the political prisoners then and how gradually Mandela had persuaded the prisoner officers to give them books , so the illiterate could learn to read and allow them the same food and provisions of the other non black prisoners.
The cells were tiny and cold, the food sounded dreadful too with political prisoners given a food supplement made from a sour fruit made into a drink instead of food.  The actually prison layout was based on a concentration camp along with brutal prison guards which made for a somber tale.
But our guide told us to not think of this as a tale of woe but one of victory and he had no bitterness.  This was a stunning statement considering the length of the sentences the men served and the treatment they received.

We then went on a trip around the island to see the quarry where the men were taken every day to excavate lime.  Here many lost their eye sight or were partially blinded, including Nelson Mandela.
They were tasked to move the lime (that had no use) across the island and the following day to haul it back to the quarry.
However unjust their treatment it didn’t break their resolve and that is why we wanted to visit this monument to Nelson Mandela and his final victory of uniting South Africa for his time in power and making it a country people respected.
On the way back to Cape Town we were all deep in thought and as we entered the port of the Waterfront we saw James and Karen waving to us, it was a lovely welcome back after a moving experience.