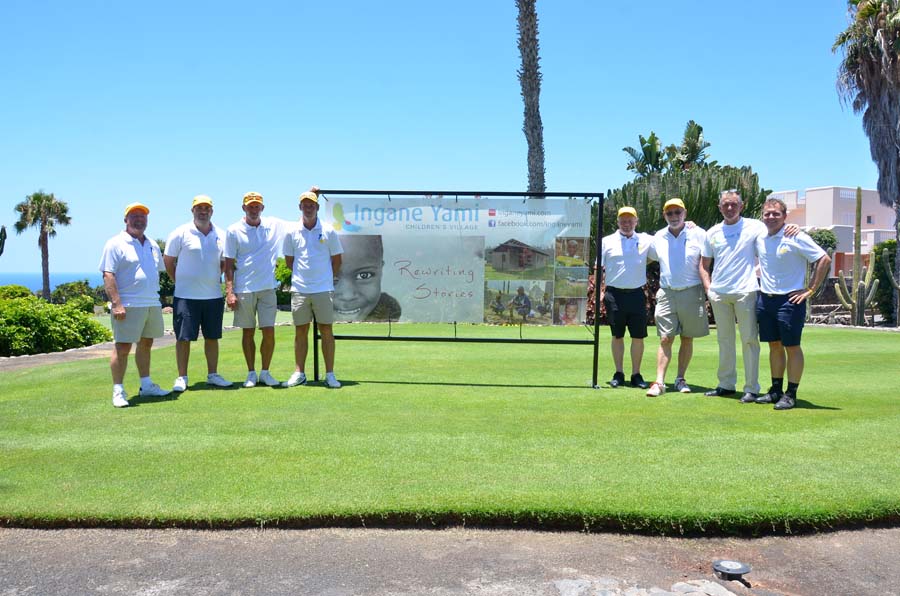 Overview
This year we returned to the excellent Golf Costa Adeje for our fifth annual Ingane Yami Golf Tournament.
Organised by the staff at Pearly Grey Ocean Club, this year’s event was held on Saturday 19th July with 80 players making up 20 teams to play for the right to be this year’s champions.
After months of preparation it was great to see the event culminate into a very successful and enjoyable day.  The team at Golf Costa Adeje together with the team at Pearly Grey Ocean Club hosted a great day of golf and fundraising.

This year we raised a record total of €14,765 which equates to around R212,000.  All those involved in the organising and all those participating can feel very proud of what we have achieved, well done.

The Tournament
The players teed off at 09h30 on what was a typical hot July day in Tenerife, the weather was perfect for golf with a gentle breeze wafting in from the calm blue Atlantic. We had estimated that the players would be returning to the club house about five hours later but most were finishing between 13h30-13h45.
Whilst the golf marshals collated all the teams scores the players sat down to a buffet lunch and this was followed by the speech, prize giving, auction and raffle.

Winners with a score of 57 were;

Runners Up with a score of 59 were;

Please click INGANI YAMI results scorecard to see all the official results from the golf tournament.
Thanks to everyone who participated and we hope to see you again at next year’s tournament.