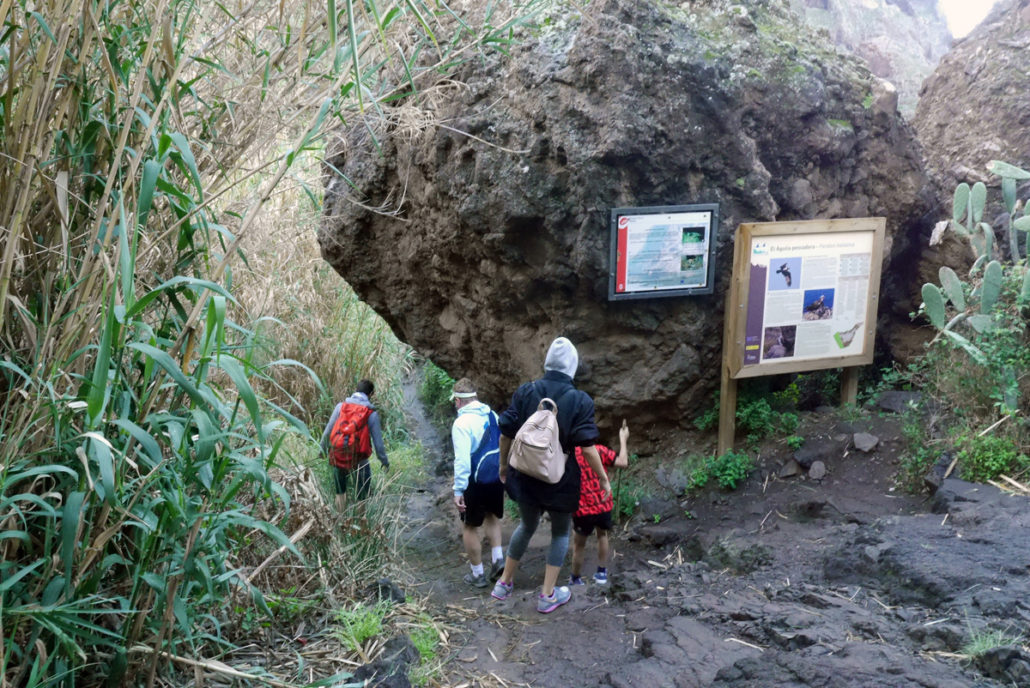 Why You Will Absolutely Love The Amazing Trekking Masca Adventure

Often when people think of Tenerife and the Canary Islands, an automatic assumption springs to mind: sun, sand and sea. This is especially try for those who have not yet visited or who have had the typical beach holiday on one of the islands. If you are looking for a relaxing beach holiday, then there are undoubtedly few better places in the world than the Canary Islands which are blessed with arguably the best climate in the world. The Canaries seem to be set in an almost eternal spring, with warm, sunny weather almost all year round. There is little rainfall, beautiful blue skies and warm but not overly hot temperatures at almost all times of the year. What you may not realise though is just how much diversity these islands offer, both between and within each of them. So while Tenerife is an amazing place to enjoy some much needed R&R, you can also have some really incredible adventures on your holiday. 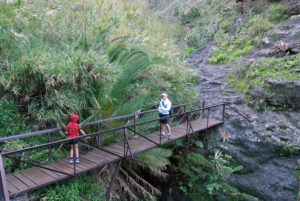 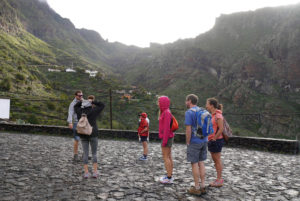 During my latest stay at the stunning Pearly Grey Ocean Club Resort, I was privileged to be invited on the Trekking Masca excursion by the award winning luxury travel company, Travel Tenerife. During my last stay at Pearly Grey I had been on two other excellent trips with Travel Tenerife: Teide by Night Stargazing Experience and Trekking Teide. Both of these trips were faultless in terms of the organisation, service, knowledge of the guides and overall enjoyment of the experiences. I therefore had high expectations for the Trekking Masca excursion, especially after seeing some amazing photos. Could this excursion live up to expectations? 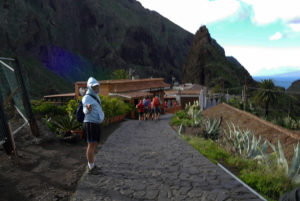 John Beckley, his son Vincent, Terri-Anne and I were picked up at around 8:00 am from outside the main entrance to Pearly Grey by our friendly and enthusiastic guide, Marcin in one of the comfortable company vehicles. We were then driven to Los Gigantes village to meet with a family who would be joining us on the excursion. As a group it seemed like we would all get along well for the day which definitely turned out to be true with lots of friendly and funny conversations. Luckily the family that joined us were more than happy to join in with the photos and videos that we took along the way too. 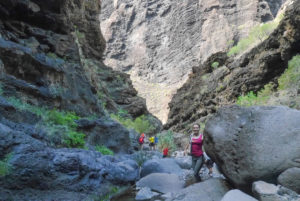 At Los Gigantes we swapped into a taxi which drove us higher and higher to the Northwest foot of the Macizo De Teno Mountains where the tiny village of Masca is located. During the drive we were able to take in some stunning mountainous scenery, really displaying how diverse Tenerife is. This was a world away from the beaches, just a short drive away on the coast. We started to get a bit worried as there were some ominous clouds and even some slight rainfall. In fact, this only added to the beauty of the excursion as we witnessed an amazing full rainbow! From the taxi window we could literally see both ends of the rainbow touching the ground. Before our excursion had even begun, Tenerife was treating us to some awesome sights!

As we reached the small village of Masca, the rain had thankfully stopped and the clouds had begun to clear. It really was perfect timing! It’s amazing that anyone lives at Masca as it’s so remote but for the small population that do choose to make it their home, they are treated daily to truly breathtaking views! It had taken us around an hour from Pearly Grey to reach Masca and it was time for a coffee before setting off on the walk. From the cafe the views are picture perfect as Masca village sits at an altitude of around 650 metres and looks right out across the Masca Gorge. There is a wide variety of different vegetation such as tall palm trees and different mountainous peaks. This really was an excellent indicator of the stunning landscape we would encounter. 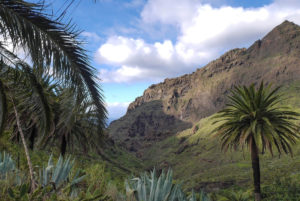 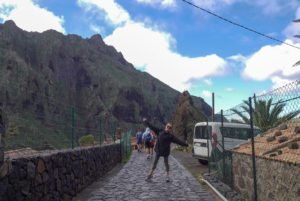 Luckily for anyone that had needed them, the Travel Tenerife team provides comfortable walking shoes. If you haven’t got any, I would definitely recommend borrowing some from the team before setting off as the walk is steep. There were steps leading down from the village to the pathway through the Masca gorge. These had been made slightly more treacherous by the rain, so we all held onto the handrail and carefully made our way down. Once we reached the rocky pathway that we would be following, it was a lot less slippery. We set off along the path which winds it’s way down through the gorge.

The landscape you will encounter on this walk is both varied and epic! This is one of the most amazing places to visit in Tenerife and a total world away from being at the resort lounging by the pool or gazing out at the ocean. Here you are surrounded by high rock cliff formations, that tower above you on either side. There is a wide variety of exotic vegetation such as palm trees and bamboo. At some points you have to crouch down to walk beneath the overhanging branches of bamboo or other trees which makes it feel like even more of an adventure, as you explore this almost untouched landscape. There are rock pools to cross with stepping stones, small rivers and mini-waterfalls. This will almost certainly be unlike any other excursion you may have tried in Tenerife, including the other ones offered by Travel Tenerife. What is similar though is that it is great for your mind and body as you are totally immersed by nature!

While this excursion is certainly not like a walk in the park, it is accessible for almost all ages from kids (minimum age 7) through to older adults. The walk is taken at a steady and safe pace and our guide was constantly looking back and checking that everyone was keeping up and safe. We stopped about two or three times for a quick rest and to have something to eat and drink. Water and fruit is provided by Travel Tenerife to keep you energised on the walk.

As we neared our destination of the small bay of Masca, our guide Marcin explained that according to legend this area was used as a hideaway for pirates which definitely seemed plausible due to its remoteness and difficulty to access. The bay of Masca is only accessible by boat or by traversing through the gorge, due to the imposing cliffs on either side. After around two and a half hours of trekking through the stunning landscape, we left the gorge and glimpsed the beautiful blue ocean. The waves were crashing onto the beach in dramatic fashion and the sun was beaming down. High cliffs on either side of the bay added to the spectacle. It was a perfect place to sit and each lunch, that was also provided by Travel Tenerife. Interestingly enough we had Chinese food which contrasted completely with the setting but tasted great, especially after all that walking.

We had around an hour at the beach, so there was time to cool off in the sea. At the time we did the excursion it was mid December, so the water wasn’t warm but it certainly was refreshing. John and I jumped off the jetty which felt great after all the walking. Then after relaxing in the sun and taking some photos of this stunning remote beach scene, it was time to catch our boat back to the small port of Los Gigantes. This was a very relaxing, calm boat ride with the sun on our faces, wind in our hair and awesome views of the cliffs along the coast. As we reached the port we all agreed what an amazing trip it had been with some new friends and wonderful memories made. We said goodbye to the other family and Marcin drove our group back to Pearly Grey where we thanked him a really great experience.

You can book the Trekking Masca excursion directly from the Pearly Grey reception.

You can follow Simon via his blog and social media channels: