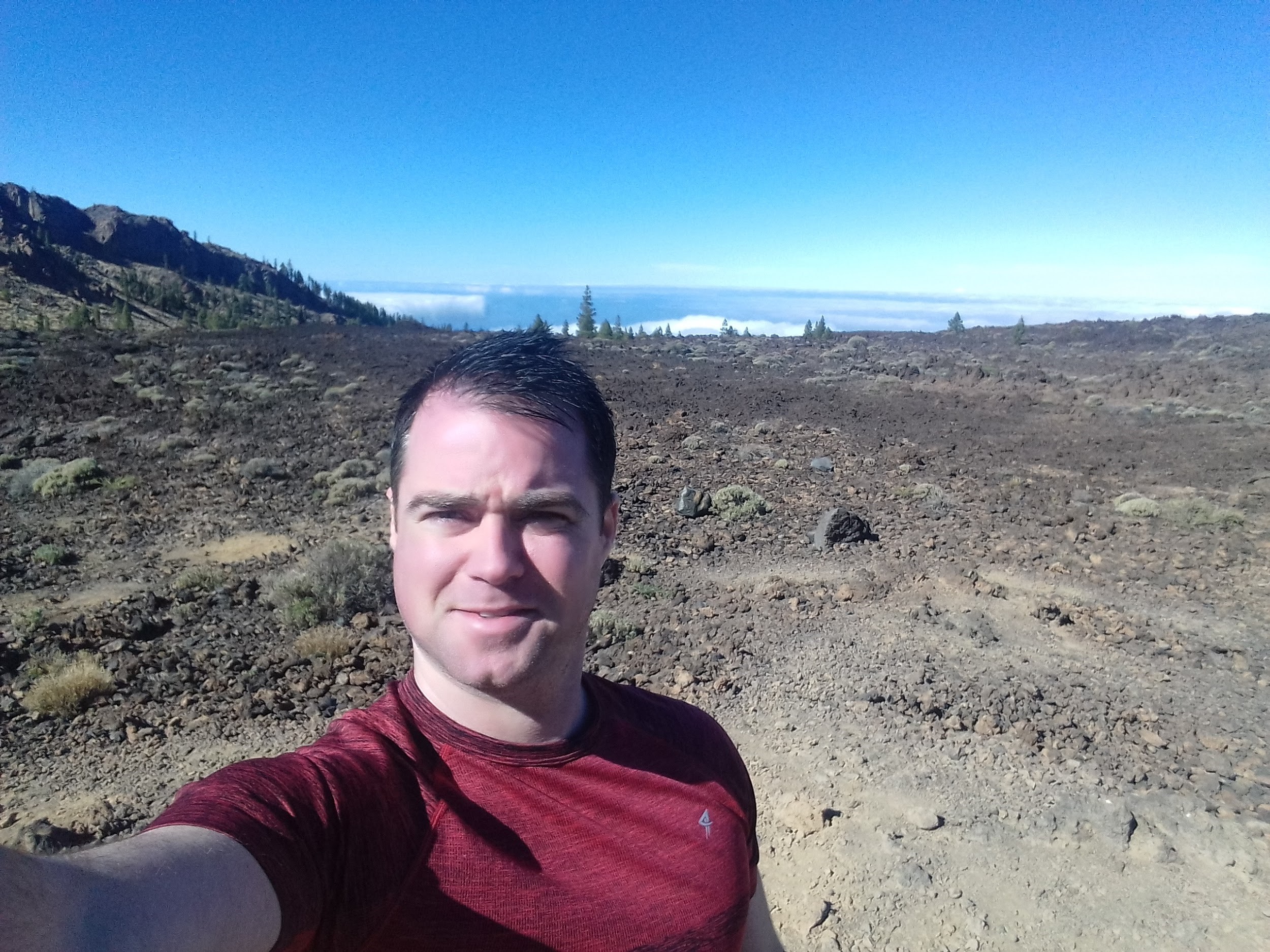 If you’re looking for sheer bang for your buck in an excursion then this is the ideal place to start. What could be described as 3 tours in one is the perfect way to experience half of the island, see some breathtaking sites, and learn a great deal of history. There’s more to Tenerife than playing on the playa!

My day started at 7:30am with a pick up from Callao Salvaje – one of the first to board the day’s fun bus, as well as the first to be dropped off at the end. I was met by the ever chatty Ilona, our Ukrainian guide who would see us through the day switching between English and Russian as those were the majority languages.

The first phase was picking the rest of our new friends up around the various resorts. There’s a fair amount of bus time involved in this trip which is ideal to soak up some scenery and work up a thirst. Which brings me to my first discovery.

This was my introduction to Barraquito – a popular coffee in the Canary Islands layered with milk, condensed milk… and a little liqueur. Breakfast of champions! As Ilona rightly pointed out, people tend to return to the bus with a smile on their face. And thankfully this wasn’t the last of our smiles on this tour. Being the cheeky chappy Barraquito lover that I (newly) am, I decided a second one wasn’t out of the question at our next pit stop.

On route to this place, we passed a few villages and learnt a lot about local produce, not least bananas. As you’re probably aware, the Canary Islands grow a lot and the result is a fruit that is small yet perfectly formed! Also, a reminder about the role tourism plays in this part of the world and what is considered to be the world’s best climate.

Other interesting tidbits of information at this point included Guachinches (a type of restaurant here and a story for another day) and the various types of bats. We also passed some beautiful pine forests which caused a clamber for pictures on the bus. And that brings us to the most iconic feature and image of this island…

The impressive national park surrounding this famous volcano was our next port of call. The sun was shining at this point so a perfect time to have a stroll around, take some snaps and admire the ‘lunar’ landscape.

Having had our fill of photography and mountainous views, we continued on our merry way towards the town of Icod de los Vinos, a charming place with a tradition of wine growing since the 16th century… and to the delight of many over the years, including the ‘Bard of Avon’ and Sir Walter Scott who both wrote about Canary Island wine in some of their literary works.

There was a fair bit of activity going on which may have been in part due to being carnival season or it could just be that kind of place. Either way, after a quick stop off at the famous Drago tree, we had to check out the wine for ourselves…

We were given a few tasters along with cheese in a local establishment before some free time and a spot of lunch, not included in price but you’ll get a good recommendation of where to go and what’s good to order. Or you could be like me and go off on a wander to see what else is about.

Suitably refreshed and ready for the next part of our journey, we meandered along to the awe inspiring village of Masca and enjoyed the spectacular views and deep ravines. With Machu Picchu-esque landscape, this really is a place of outstanding natural beauty and a far cry from the beaches and bars of Playa de las Americas. Another opportunity for some stunning photos, a chilled out vibe and a backdrop which could just as easily be Thailand or Peru.

So, we had reached the end of our trip. Now it was just a matter of negotiating the winding roads out of Masca and back to base…

So, what can be said to sum up this experience? A true, full day out. An opportunity to see several places in one day, enabling you to get an overall sense of what this island has to offer and what it is all about. Finding out what makes it tick and what you want to see more of during your time here.

Whether it be the misty, atmospheric decline to Icod, learning the history of the indigenous population, or perhaps a discovery about yourself, this is a jam-packed intro to Tenerife and I imagine you would learn something new each time you took this trip. And I didn’t even mention Garachico, which was destroyed by the volcanic eruption in 1706 and where we would have spent a little more time I’m sure if the weather had been kinder.

And my biggest takeaway? That would have to be the following phrase…

I say cheers to that, and who knows, you may find all 3 in Tenerife! For more information and to book your trip ask at Pearly Grey reception of visit the Viajes Nere website.