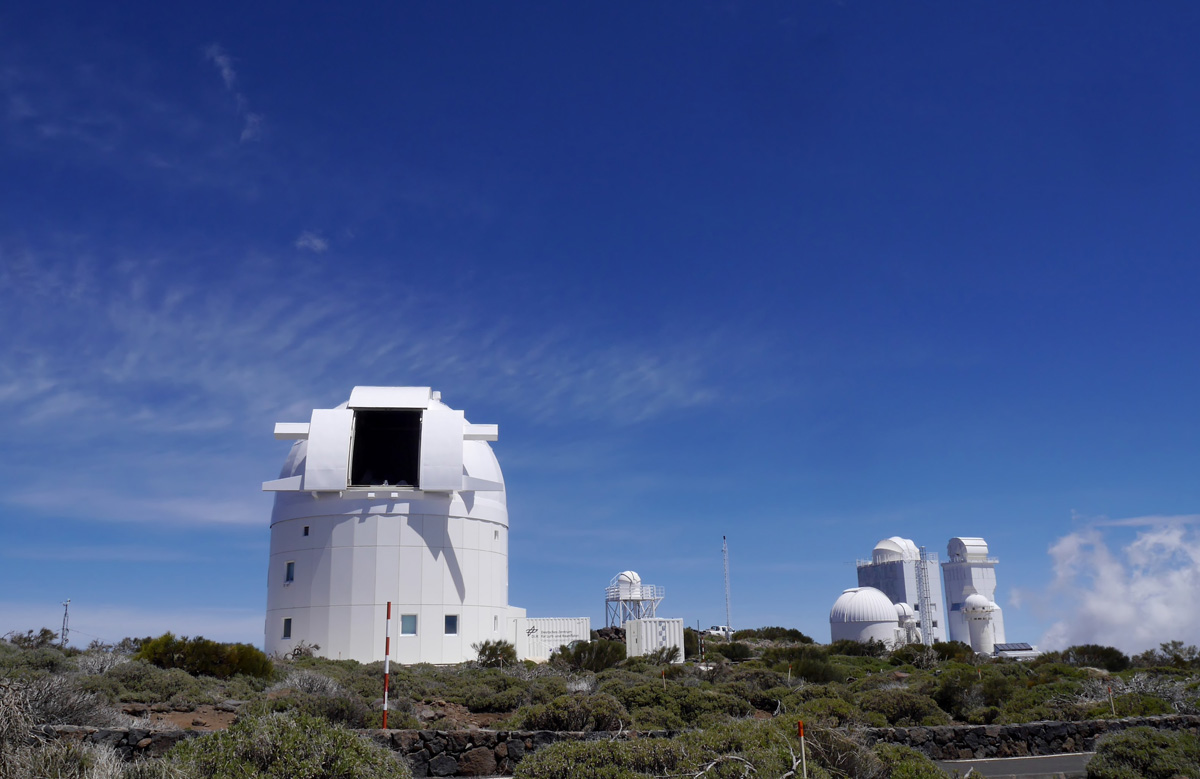 If you are looking for a unique and amazing excursion to try in Tenerife, then you should definitely book a visit to Teide Observatory. John, Dennis and I had kindly been invited by Volcano Life, S.L to go on a guided tour of Teide Observatory tour. I was truly in awe as we ascended the winding roads leading up Mount Teide, with clear blue skies and incredible views across the island and Atlantic ocean. Don’t get me wrong I love swimming in the sea, sunbathing and beaches, but Teide National Park has unrivalled natural beauty. 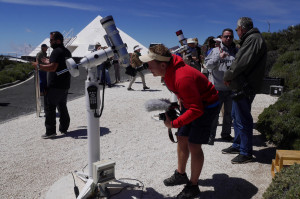 The contrast is incredible between the coastal beaches, to the Alpine-like forest, and the views across to La Gomera were sublime, so of course we had to stop for some photo opportunities.Then further up you feel like you could be on the moon once you reach the giant volcanic crater. Just in this one drive there are so many changes!

We made it just in time for the opening words of the tour from our friendly guide Carmelo. He started off with an interesting introduction about the observatory and Teide, with everything explained in both Spanish and English. 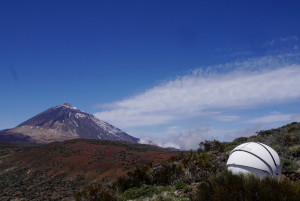 It would be a lie to say I took everything in as there was so much amazing information. The air quality is exceptionally good in the Canary Islands; there is almost no light pollution, and  very few clouds where Teide observatory is stationed at an altitude of 2,390 metres. The observatories in Tenerife and La Palma are some of the most important in the world, with only those in Chile and Hawaii holding more importance.

The Observatorio del Teide has an ideal location for studying the sun, due to its geographical position, and the excellent clarity and quality of the sky. Because of this it is home to the best solar telescopes in Europe. Following this informative introduction we walked over to where some portable solar telescopes had been set up.  Through specially filtered glass, we were able to look up at the sun. 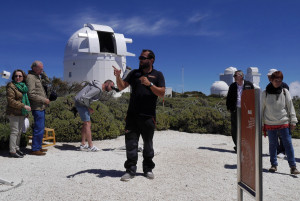 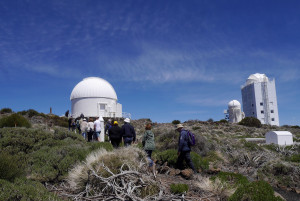 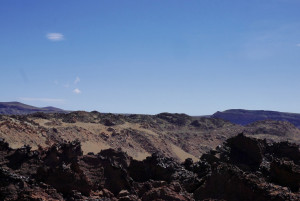 As Carmelo explained, it might not look so impressive at first glance, but once you understand what you are looking at it becomes far more interesting. Spots on the sun, which itself is a humongous ball of burning gas 150 million kilometres away from the earth, were made observable with the telescopes. The distances are mind blowing. At the speed of light it would take 8 minutes to reach the Sun from Earth, and the speed of light is 299,792,458 metres per second! 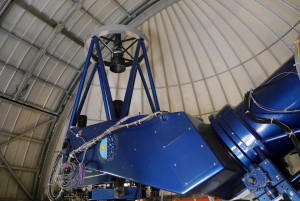 We headed inside one of the buildings for a video presentation, just as some clouds had begun to roll in. This lasted about 10 minutes and gave an overview of the study of astrology and what is happening within our solar system and the universe. It really makes you realise how humans are definitely not the centre of the universe, and how vast space is.

Next we were shown inside a building that houses the third biggest telescope after those in Chile and Hawaii. Considering what a relatively small island it is this is quite a claim to fame for Tenerife! The telescope was also constructed on the island and sends information to scientists in La Laguna or to other astrophysicists around the world. After seeing this telescope our tour had come to a close so we thanked Carmelo and set off. It was a real privilege to visit one of the three most important observatories in the world!

In front of us as we drove away was the magical peak of Mount Teide, snow-tipped and resplendent in the dazzling sunlight. Its summit reaches 3,718-metre and is the highest point in Spain, and the highest point above sea-level in the islands of the Atlantic. It is without a doubt one of the defining features of Tenerife and the Canary Islands. 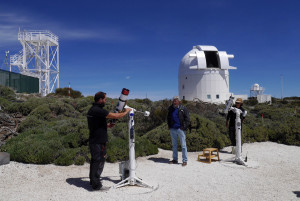 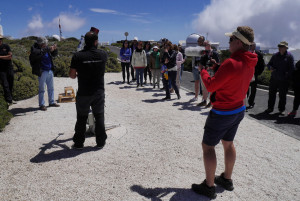 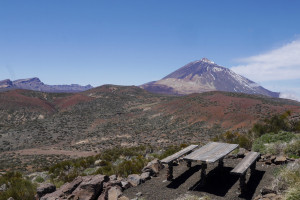 If you wish to book a trip to visit the Teide Observatory, then simply speak to one of the friendly reception team in Pearly Grey Resort.

Transfer is available from Costa Adeje and Los Cristianos on Wednesdays and from Puerto de la Cruz on Tuesdays and Sundays.

When you’re out and about discovering Tenerife, it’s best to have a rent-a-car. Pearly Grey recommends Pouls Auto for your car rental requirements. Based here in Callao Salvaje they offer Pearly Grey guests a great deal. Telephone +34 922740742 or email info@poulsauto.com