Post by Dennis Markham on Ingane Yami - Published May 1st, 2013 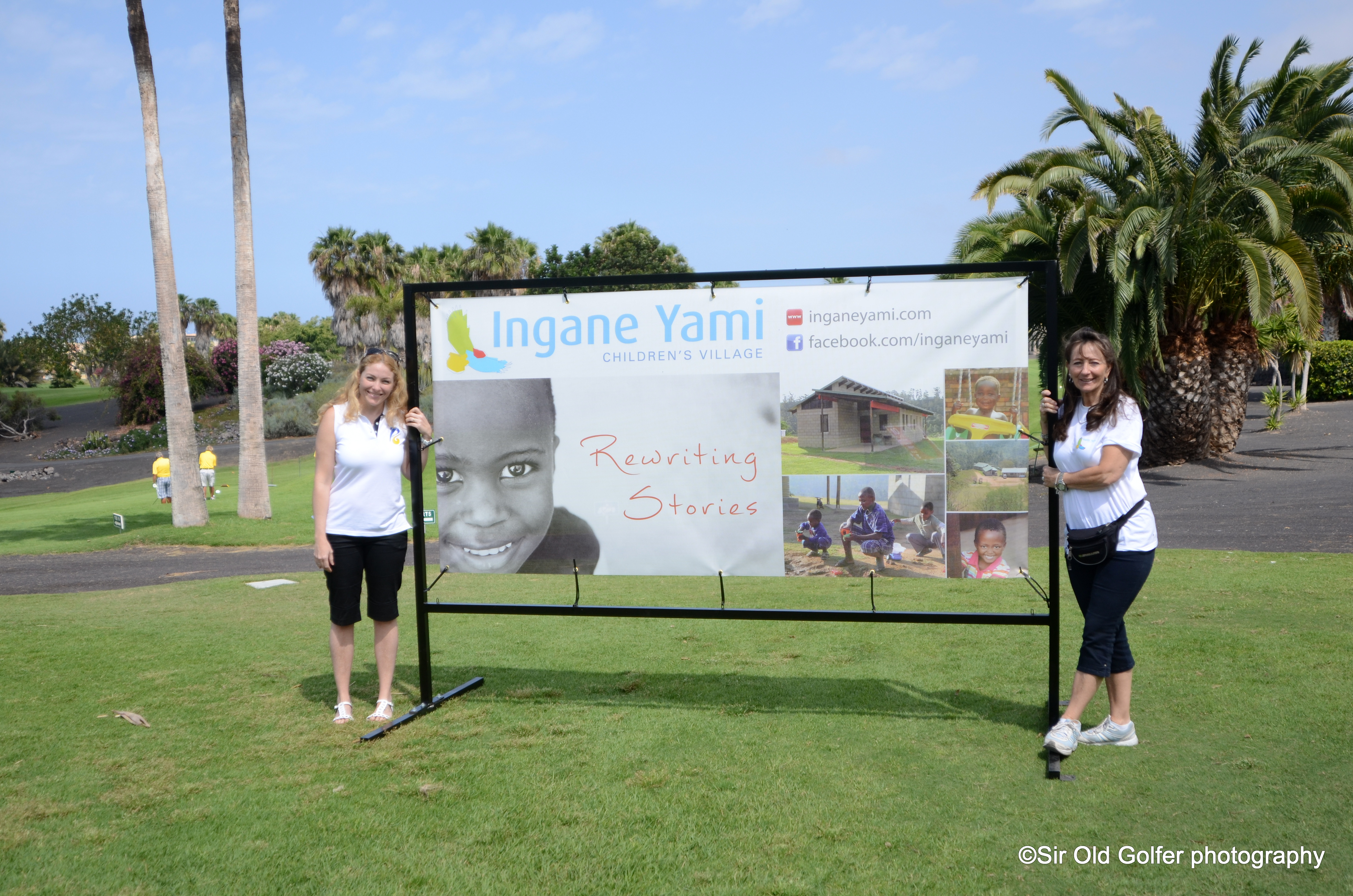 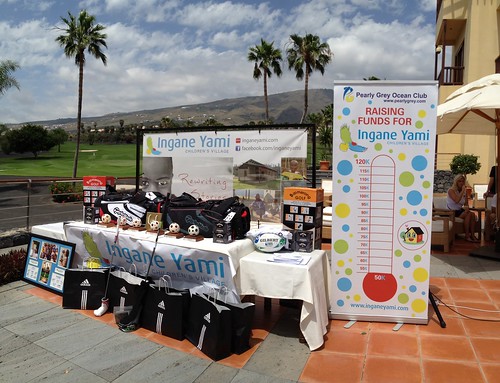 Saturday 27th April 2013 and the 4th annual Ingane Yami charity golf tournament is about to get underway.
This year’s event was made possible with the help of our principle sponsor Dorada, Tenerife’s very own brewery whose history can be traced back to 1895 when the SAB brewery was founded in Johannesburg, South Africa.

Months of preparation had preceded the event and the admin team at Pearly Grey have been very busy behind the scenes, negotiating with sponsors, collaborators, promoters and suppliers to ensure that everything would be in place to make the event a success.
Media coverage was provided by local radio station CoastFM who did a live broadcast throughout the day with Ray Wilde, Phil West and Gordon Slayney keeping everyone entertained with updates and music. Tenerife Weekly newspaper published regular promotional articles and a centre page spread in the weeks leading up to the event.

Registration of the players began at 9:00am as 108 players making up 27 teams filed through the registration area, collecting their scorecards and golf towels before making their way to their designated holes. Tee off time was 10am on this shotgun start format and the excitement was already building, the day had finally arrived.

So, at 10am the horns sounded to signal the start of the golf competition, 27 teams of golfers scattered around this wonderful Costa Adeje Golf Course all took their first shots of the day, the planning had worked to perfection as all 108 players drove and putted their way around this picturesque 18 hole course.
Teams of Pearly Grey helpers together with the course marshals made sure that refreshments and sandwiches were on hand at various locations around the course
Four and a half hours would pass before the teams would be putting their final holes of the day and making their way back to the clubhouse, the timing and synchronicity a testament to all the planning and preparation.

Once we had got all the teams fed and watered in the clubhouse bar/restaurant it was then time for the first of the afternoon’s entertainment. A local cheerleading troupe ‘Tenerife Tigers’ from Callao Salvaje performed a dance routine to Shakira’s Waka Waka song.
Next on stage was the very talented female vocalist ‘Bleu Travelle’ who sang a medley of old and new songs.

The stage was now set for speeches and prize giving. Our resort developer and the driving force behind our Ingane Yami charity ‘James Beckley’ thanked all those present and gave us all an overview and update on the charity and the various projects underway at the village.
The announcing of the winners is always the most anticipated part of the day, after all it was still a competition and everyone wanted to know who had won. So it was over to our host James Foster to reveal the winners and present the trophies and prizes;

All the winners were warmly congratulated before we moved on to the auction event where some great prizes had been donated, our sincere thanks to all those who donated prizes;

Thank you to all our sponsors, your generosity is greatly appreciated and we hope to see you back next year;

To our principle sponsor Dorada, thank you for your partnership in all aspects, without your support we could not have made the day such a success.

A special thank you to Costa Adeje Golf Course and all your staff, you guys have been amazing with the time and effort you put into making this year’s event such a huge success.

Thanks to Natalie Nicol from Inspire Embroidery for donating the golf towels and for providing many of the polo shirts for the teams.

Thanks to Steve Moore, without your knowledge of golf, your contacts, your organisation of the event and your help in getting so many teams together we couldn’t have done it.

The afternoon came to a close with local comedian Steve Salter sending our tired golfers home with a smile on their faces, thanks Steve. Thanks also to Tenerife Tigers & Bleu Travelle for giving up your free time to entertain us all.

What a great day it was for all those involved, we send our thanks and appreciation to you all. Through your help, support and participation we managed to raise over €11,000 for Ingane Yami Children’s Village.
Together we can make a difference.